During World War II, standard sized shipping containers were developed to ship military cargo to the front lines across the world. These boxes were called “Transporters.” The term “conex” came from the development of Transporters into Container Express or CONEX boxes after the Korean War. The logistics method employing these was named "Container Express" and was abbreviated ConEx. That abbreviation evolved into a word used universally and has since been abbreviated conex box. Sometimes the term is also used from its origin and spelled connex box, but most logisitcs professionals use conex.

The conex container box itself has evolved into many different and unique uses, such as, extra covered storage, mobile workshops, shelters, living spaces, parts depot, and more. Blackhawk Equipment can paint the inside and outside any color to match your company brand or building color schemes. As seen in the photos below, we can insulate your conex container with various grades of industrial insulation products as well.  Blackhawk Equipment has the expertise to help design, modify and fabricate your conex container ideas into reality.

Contact Blackhawk to discuss your ideas and conex needs. Using state-of-the-art 3D drawing software, we can design a conex to suit your needs including adding doorways, windows, lighting, HVAC and utilities. Additional air compressors, cabinet cooling units and control panels can also be fitted into your box for maximum space efficiency. After the design is complete, we have the fabrication facilities and skill to transform the design from concept to reality.  Our team of experts are here to help. Contact us today to get detailed specs, options and pricing. 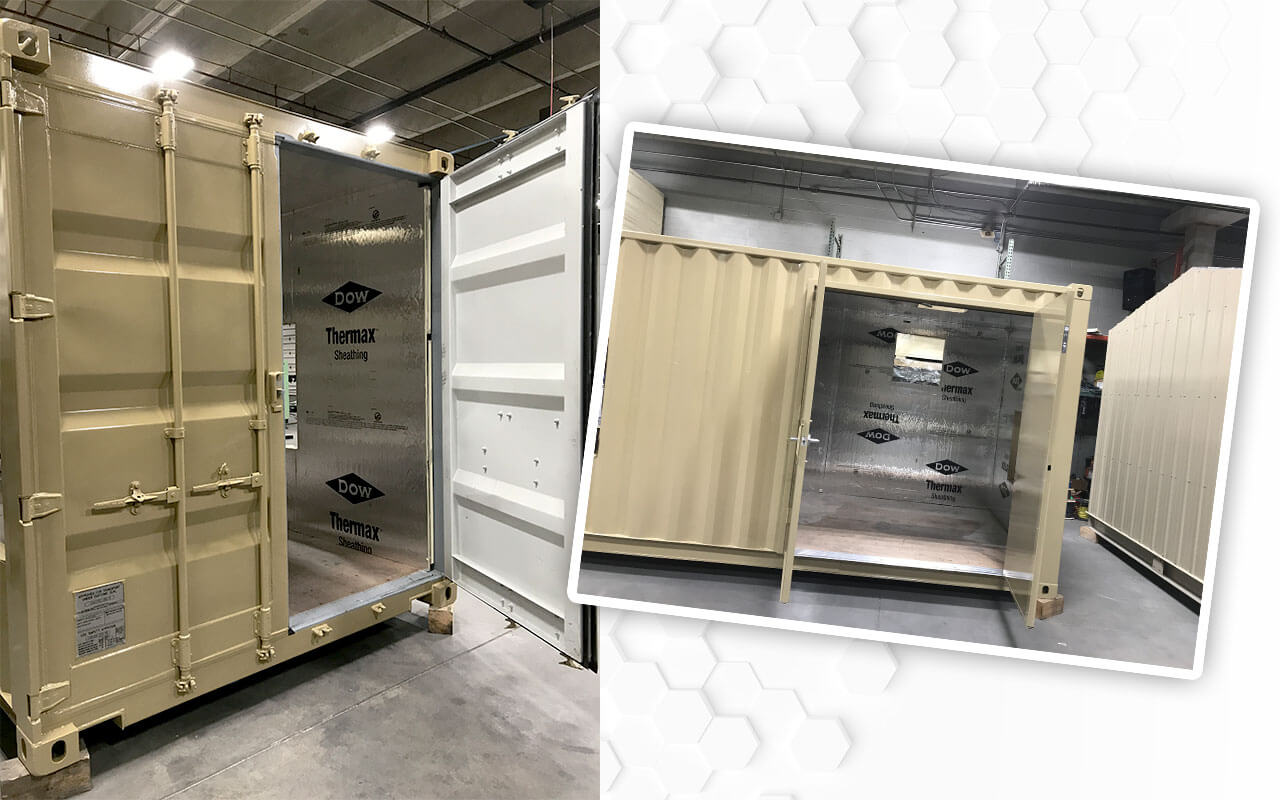 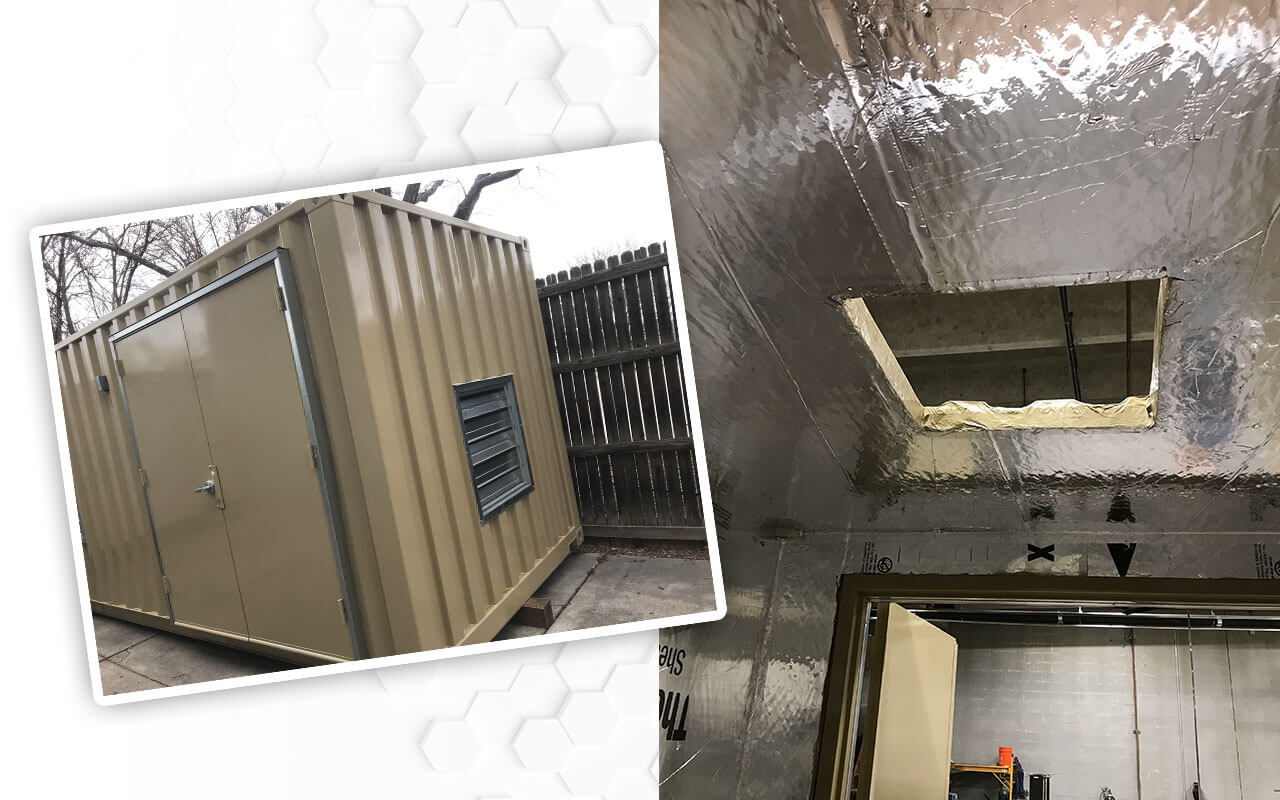